In the faster, smaller digital age, better cybersecurity begins with smarter network solutions. For enterprise networks looking to expand their capabilities, a secure, ultrahigh-speed wireless connection is just the beginning.

Cellular technology is evolving every day to meet on-the-go mobile solutions for businesses and industries.

According to analysis from IHS Markit, there will be 125 billion connected IoT devices by 2030. With so many mobile devices connected and their networks growing at breakneck speeds, cyber threats, hacks and security breaches should be treated as the number one priority when choosing the right architectural framework.

Many businesses are upgrading and integrating their wired networks with secure mobile solutions in response, but what security challenges should companies expect to face in the coming years?

How will new high-speed improvements and technologies boost performance while bridging a secure connection between wired and wireless components in a business network? 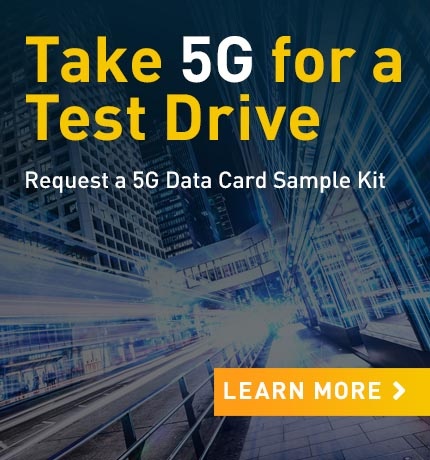 Q: What industries will benefit from IoT solutions in the coming decade?

A: The expected explosion of IoT devices can open business opportunities in new and unexplored areas. Enterprises will soon rely even more heavily on IoT capabilities in their existing framework for large-scale deployment of solutions.

Industries that benefit from mobile communications include:

Imagine being able to monitor your fleet or livestock health from your mobile phone while on a business trip or monitor and optimize the gas, electricity and water usage of all your company’s sites. IoT offers industries, businesses, consumers and even first-responders real-time control over their assets, travel routes and customer service solutions at the push of a button. These vital services will fundamentally impact the world around us.

The need for an IoT cybersecurity strategy is paramount to success as we continue moving into the 5G world.

Q: What security vulnerabilities are posed by 5G and how can these cyber risks be managed?

A: On the radio access network (RAN) side, there are two main types of 5G networks: sub-6 GHz comprised of low-band and mid-band spectrum and millimeter wave (mmWave) in the high-band. The radio link in each of these scenarios has varying degrees of data throughput capacity. In general, because of new radio technology and a native cloud core network concept, 5G can transmit larger amounts of data than 4G LTE. That makes 5G more efficient, but that efficiency comes with its own set of security concerns.

Each device connected by modules and chipsets exposes vulnerable endpoints that malicious parties can exploit. The economic and social benefits of reliable data transmission with ubiquitous coverage for devices, such as smart electrical utility nodes, IoT pacemakers and body cameras, have yet to be fully realized. Hijacked devices would impede progress in annoying (at best) and dangerous ways.

When we think about new technologies that will surface in the coming years and integrate into 5G networks, they will need to be built with 5G in mind. Until then, we must first understand the challenges with IoT deployments to find the best ways to resolve them.

Solutions as simple as password protections within an IoT framework can eliminate backdoor breaches into IoT devices.

Running a security assessment for your IoT deployment, finding a provider with an infrastructure that addresses current security risks and adhering to IoT security guidelines are crucial steps in creating a secure IoT network.

Q: What do businesses need to know about IoT device security?

A: As IoT gains popularity across business networks worldwide, choosing the right components is crucial to securing data. The parts you select impact your ability to remain secure on 5G and beyond.

There are multiple hardware, software and business-related factors that affect the safety of data. Some of these factors include:

Any weak link in this chain could put companies at risk for cyber threats and critical data loss between office branches, for example.

Q: How are cybersecurity threats for IoT devices on 5G networks being addressed?

A: While 5G widens the cybersecurity threat landscape, 5G can be more secure than previous technology because it applies the concept of “secure by design” that 4G did not. 5G is also more software and cloud-based, making it easier to monitor any potential security concerns.

Additionally, 5G enables something called “network slicing.” Network slicing segments the system into multiple different networks that can be managed separately. Using this capability, you could tailor security efforts for various devices as needed. Having the ability to create these private channels can go a long way to keeping information secure in an attack.

It will be more important than ever to ensure that security is part of the manufacturing process. That’s the best way to keep the entire information trajectory secure. Besides that, being aware of the risks and problems with the new opportunity presented with 5G is critical. Having this knowledge will empower you to adapt.

Your Industry Standard for 5G Integration and Resilience

As a worldwide leader in IoT-enablement partnered with leaders in the field of cybersecurity, Telit makes it easy for your enterprise to evolve and make the most of 5G capabilities leveraging the best cyber-threat prevention and defense technology in the market.

Speak with our IoT experts today to find a 5G module, a custom IoT data plan, software and platforms, and formulate a deployment strategy that suits your needs. Request a 5G sample kit and catch up to the future today.

What can we help you find?