The Origin of Cellular M2M Communications

Cellular technology was born in a consumer world. Early innovations focused on mobile phone users, and the industry’s entire infrastructure sprang up around the idea of individuals interacting with personal devices and paying for connectivity services. As a result, the application of cellular to the non-consumer space has always been a repurposing of consumer technology. The early days of machine-to-machine (M2M) applications not only launched the fast-growing world of enterprise IoT but also presented some persistent problems.

The consumer and enterprise cellular paradigms did not mesh. Enterprises often paid for more data than necessary and cobbling together consumer hardware and software to suit their needs. More often, their IoT initiatives failed because they were too expensive and inefficient.

Today, as cellular devices have become more and more widespread in the consumer space, the industry is starting to see a shift toward a new generation of growth.

The Next Generation of Enterprise Cellular Networks

The new wave of growth in the cellular industry targets machines rather than individual consumers. M2M communications require different technologies to serve the needs of enterprises better. A utility company that installs thousands of smart meters uses lower-cost connected cellular devices, not consumer-grade smartphones. They don’t need the sensors to stay online, sending a continuous stream of information. Instead, they need a system that will trigger alerts when the device has something to report, whether it’s a maintenance problem or an unusual reading. As the devices do not maintain a connection to the cloud, they require more edge intelligence to manage their operations.

Cellular low-power wide-area (LPWA) networks are part of the solution to enabling mobile IoT for the enterprise. A class of wireless technologies designed with M2M and IoT applications in mind, standards of which include the LTE-M and NB-IoT cellular protocols.

Cellular LPWA offers lower-cost solutions for enterprises wishing to pursue IoT deployments. Because it’s power-efficient, it allows devices to operate for up to ten years without the need for battery charge or replacement. LTE-M and NB-IoT protocols enable long-range coverage, meaning that sensors can connect to the cellular network from deep underground or far afield in agricultural applications. These combined features make cellular LPWA technologies the perfect choice for smart cities, agriculture , metering, and similar applications.

The Future of Cellular in Enterprise IoT

Emerging technologies, such as cellular IoT and 5G, are ushering in a new era for IoT. Enterprises that want to instigate mass deployments can now find devices, modules, management platforms and data plans tailored to their needs. Connectivity solutions are becoming more affordable, practical, efficient and sustainable.

While cellular technology began in a consumer-centric environment, it’s growing up in the world of enterprise IoT, and Telit is at the forefront of that evolution.

Get expert help in selecting the right form factor and technology for your project. 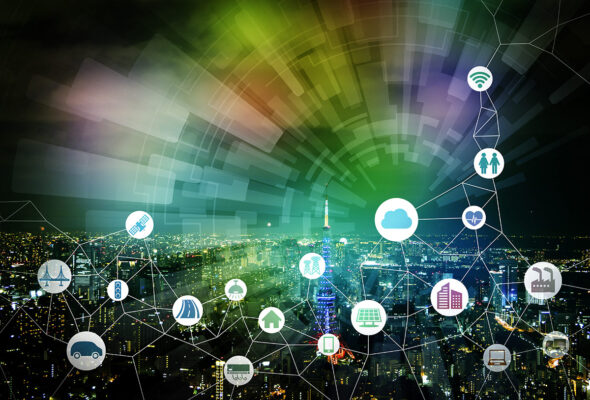